Following on from previous boozy adventures You Will Love Bourbon and Rye Not, I once again teamed up with East London Liquor Company, Sonoma Distilling Company & British Bourbon Society for a dram-filled night of fun. This time, we took over most of Harrild & Sons beautiful 5CC basement bar and invited enthusiasts down for an evening of “Weird & Wonderful” whiskies. For just £10, guests received a refreshing Sioux Spritz welcome cocktail (featuring Sonoma Distilling Co. 2nd Chance Wheat) before powering through a variety of whisky samples, presented by us. 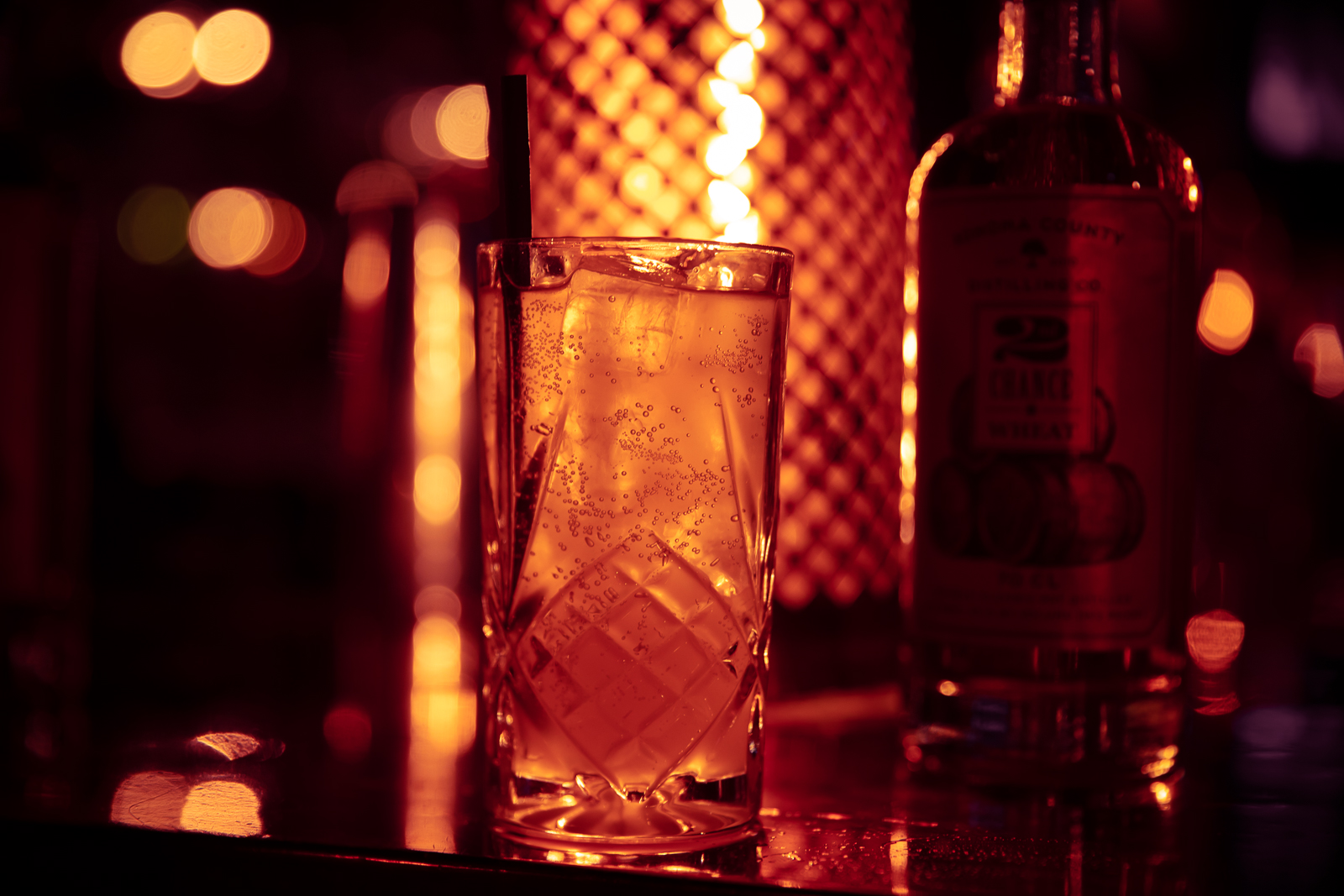 Adam of Sonoma Distilling Co. kicked things off with a tasting of their lesser-known 2nd Chance Wheat made from unmalted Canadian wheat and UK malted rye, so-called because they age it in the same barrels that once held their bourbon. He followed this with the yet-to-be released Cognac Finished 2nd Chance Wheat which is rather special – keep an eye out for this one (or ask me nicely for some).

Next up, Iain at 5CC pulled out a bottle of Corsair Old Punk, an experimental whiskey flavoured with pumpkin, cinnamon, ginger, nutmeg and allspice, aged in American oak. This one was definitely in the Weird category – an acquired taste! Nick from the British Bourbon Society then stepped up and opened a bottle of Brenne, a French single malt whisky that is aged in French Limousin oak and finished in Cognac barrels. It’s a relatively young whisky but well worth a try! Nick then embraced the Weird theme by whipping out Balcones Rumble – a bizarre creation that isn’t a whiskey, but might trick many people into thinking it is, if not a rum. Rather, it is a spirit made from Texas wildflower honey, Turbinado sugar and mission figs. Ask for a taste if you spot it behind a bar!

Finally, once everyone was suitably merry and paying less attention, they let me behind the bar to present Craigellachie’s 21 Year Old Hotel Edition – a special single cask, cask stregth, refill sherry cask bottling of 510 bottles that was released to commemorate the relationship between the Craigellachie Hotel and the distillery, both founded by a young Alexander Edward in the 1890s. It’s a dangerously drinkable dram (clocking in at 57.2%) with sherry notes complimenting Craigellachie’s unique characteristics. It’s pretty hard to track down – the Craigellachie Hotel is your best bet, and Aberfeldy Distillery might have some too. Take your credit card.

Thanks to Ash, Rhona, Flora, Dom & co. at ELLC for making the event happen; to Nick & Adam for joining the party, to Georgie for parting with a bottle of the Craigellachie 21yo; and to the fine folk at 5CC Harrild & Sons for their hospitality and contributions!

P.S. The next and potentially final part of the series will be Up In Smoke – coming to a bar near you (if you live in London) in 2019.