I first met bartender and beer geek Mauritz in the Draft House on Charlotte Street when I was roughly halfway through an A-Z Pub Crawl. Rather than being horrified by our foolish endeavour, he was an absolute gent and a master of hospitality, dishing out half pints to the rowdy rabble before him at record speed with a smile on his face. We kept in touch, and I’ve since run into him behind the stick at The Birdcage, The Kings Arms and various festivals as he continues to raise the bar for superior service in the beer industry.

Hey Mauritz, where can we find you these days? Don’t give out your home address!

Behind the bar at The Axe in Stoke Newington. We have a well curated selection of draught and bottled beer, plus some of the best food I’ve had in a pub. Come down for a Sunday roast.

Why should we trek out to Stoke Newington to see you? (I’m assuming here that everyone lives in Battersea like me)

There are a lot of good beer places these days, and more people are drinking at breweries or going to bottle shops, but it’s worth travelling across town to be guided through a really well balanced list. If I’m behind the bar, I revel in making people feel at ease and showing them flavours they might not have experienced before, whether they’re new to beer or a seasoned drinker. 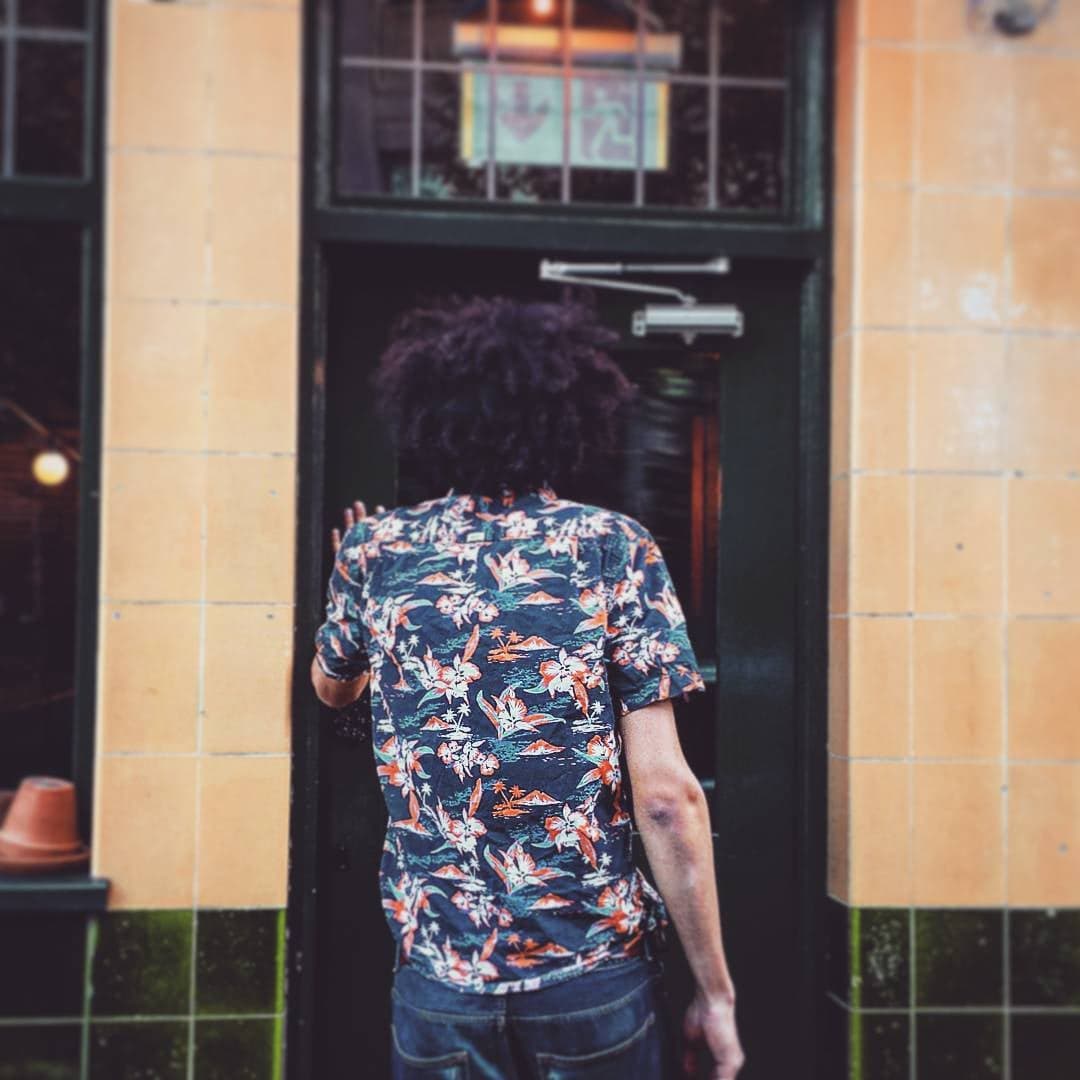 When did you start working in the beer industry?

I started in the autumn of 2013 at Draft House Charlotte in Fitzrovia. I had zero experience in the industry but had been an enthusiast for years. I tried to learn everything I could from that initial team of experienced bartenders.

Have you set any goals for yourself within the industry?

To become the best publican possible, from a service, beer and cellar knowledge perspective, then hopefully not too far down the line open my own pub that welcomes all with excellent service, atmosphere, curation and fresh, well stored products.

As long as you keep dancing and spinning your bar blade, I’ll be at that pub every night.

Hah! When I first started, my assistant that I looked up to a lot was an obsessive bar-blade twiddler. Since then I’ve had three of the same type from Siren and another from Three Floyds for special occasions. As for the dancing, I love electronic music and am always finding excuses to dance – whether it’s when tasting something phenomenal, or just at last orders when I ring the bell in The Axe.

You love your job, clearly, but there must be tough days. What winds you up behind the bar?

I really love what I do but of course there are darker sides. I think the elephant in the room in hospitality as a whole is that people are expected to work the most unsociable hours, often working busy, under-staffed shifts late into the night, then open up the next morning, ready to provide superior, friendly service whilst lacking proper sleep and sustenance. All of this, plus travel time and costs, often for less than the real London living wage takes its toll on one’s physical & mental health. We do it and keep on doing it because we love what we do – I just wish that staff were valued more, by both employers and the public.

Are there any hospitality heroes in the industry that you admire?

Gabriele formerly of Mother Kelly’s and now Brand Ambassador at London Fields Brewery exudes love for people and beer – his infectious passion inspires me every time we talk. I could rattle off a long list of masterful hospitality staff, but the problem is that most experienced staff move on to work for breweries or other parts of the the industry because bar work and management isn’t seen as a long term thing.

What do people order most at The Axe?

Lots of lager & hoppy session beers unsurprisingly; we have a rotating unusual continental lager on draught, currently the brilliant Kout na Šumavě from the Czech Republic and there’s always a multitude of choices if you’re into hops. I’m most keen to get people on to the sour and funky beers, especially as they help to bridge the gap to those “I don’t like beer”  wine and cider fans. 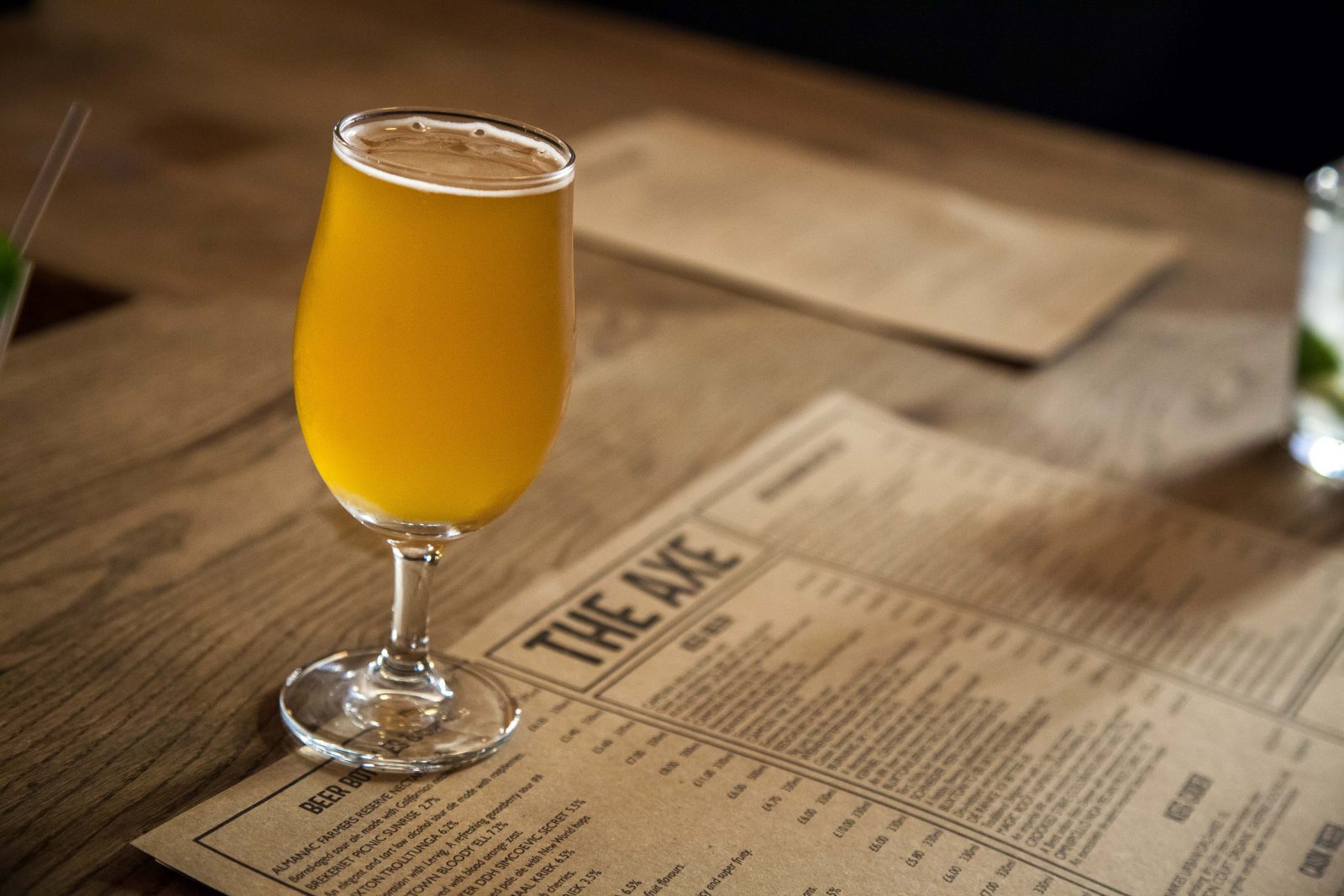 I’ve been lucky enough to make it to one of your legendary bottle shares. When’s the next one, and why should people buy a ticket?

That’s easy – six large format bottles, one very exclusive one from the owner’s cellar (a huge beer geek) and some great food at our sister pub The Mermaid in Clapton. Plus me talking through them all in a light hearted, informal environment. We hold them on the last Thursday of every month for £15 a head – it’s a bargain!

You’re not wrong! If money was no object what would you fill your beer fridge with?

Some Sierra Nevada Tumbler which is only available seasonally and not in the UK anymore; Cantillon St Lamvinus; fresh & vintage Orval; super fresh hoppy beers like Pliny the Elder, Pressure Drop Pale Fire, and Stone and Wood Pacific Ale; some Muhlen Kolsch from Cologne; and anything by Jester King and Burning Sky.

Where do you drink when you are off duty?

At my own pub after a shift for starters! Occasionally still at my old pub, The Kings Arms in Bethnal Green, as its always full of friendly faces and has a warm atmosphere. Five Miles in Tottenham is a really inclusive late night bar, nightclub and brewery with fantastic music, and I also love going to the Well & Bucket for their gin selection – yes I don’t only drink beer.

I’ll pretend you didn’t say that. Right – last question! What’s at the top of your bucket list for boozy travel?

There are lots of British breweries that I’d like to get to. We do some great things on these isles – e.g. Burning Sky & Harvey’s in Sussex, Magic Rock & Northern Monk in Yorkshire, and Oliver’s Cider in Herefordshire. What else? I’d love to visit Jester King in Austin, Texas; to attend the Warsaw beer festival (the Poles are making some really exciting beer); to visit the Orval Abbey in Belgium; and to try cider & beer in Spain’s Basque region. That’s probably enough for now!

Count me in for all of those trips! Thanks for chatting away today – no doubt I’ll see you at The Axe for a beer soon. 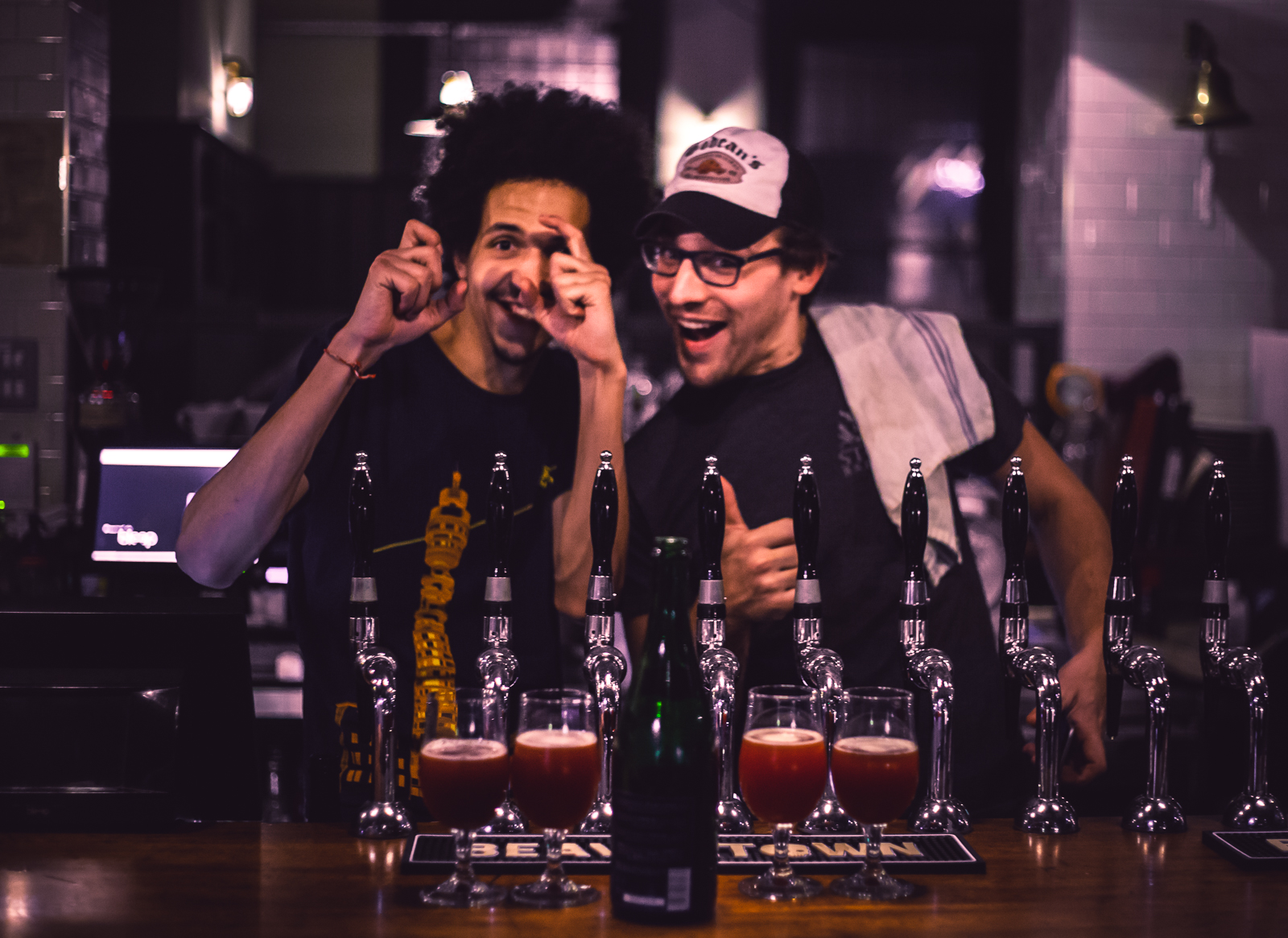