“I’m not Pierre”, said Jean Van Roy, owner of Cantillon, as we stumbled into Gueuzerie Tilquin at 11am on a Friday, somewhere outside Brussels. He was out the door before my brain processed who he was, though it was only the first of three meetings with Jean that day – the others being at Brasserie Cantillon itself, and then many hours later at Moeder Lambic where he was celebrating a dramatic draw after a 94th minute equaliser by Pietro Perdichizzi for Union Saint-Gilloise against Standard Liège in the UEFA Europa League Play-offs. Anyway, I digress. We were there to see Pierre, Mr.Tilquin himself, a bio-engineer and holder of a PhD in statistical genetics, at his Wallonian gueuze blendery, 200 m or so from the linguistic border with Flanders. Am I digressing again? Je suis desolée / het spijt me – take your pick.

If you’ve read my Cantillon or Tommie Sjef bits, you’ll have some idea of what goes on at Tilquin. The main difference is that Pierre doesn’t brew his own beer. Rather he brings in wort from four different breweries (Boon, Lindemans, Girardin and Cantillon) and sets about fermenting, maturing and blending it in his own oak barrels. Hence, Gueuzerie Tilquin is a blendery not a brewery, and a very good one at that. His flagship beer, the deliciously dry and tart Oude Gueuze Tilquin à l’Ancienne, is a blend of 1,2, and 3 year old lambics which re-ferments in the bottle for at least 6 months. At 6.4% it’s perhaps a little punchier than your average gueuze, but it slips down pretty easily. 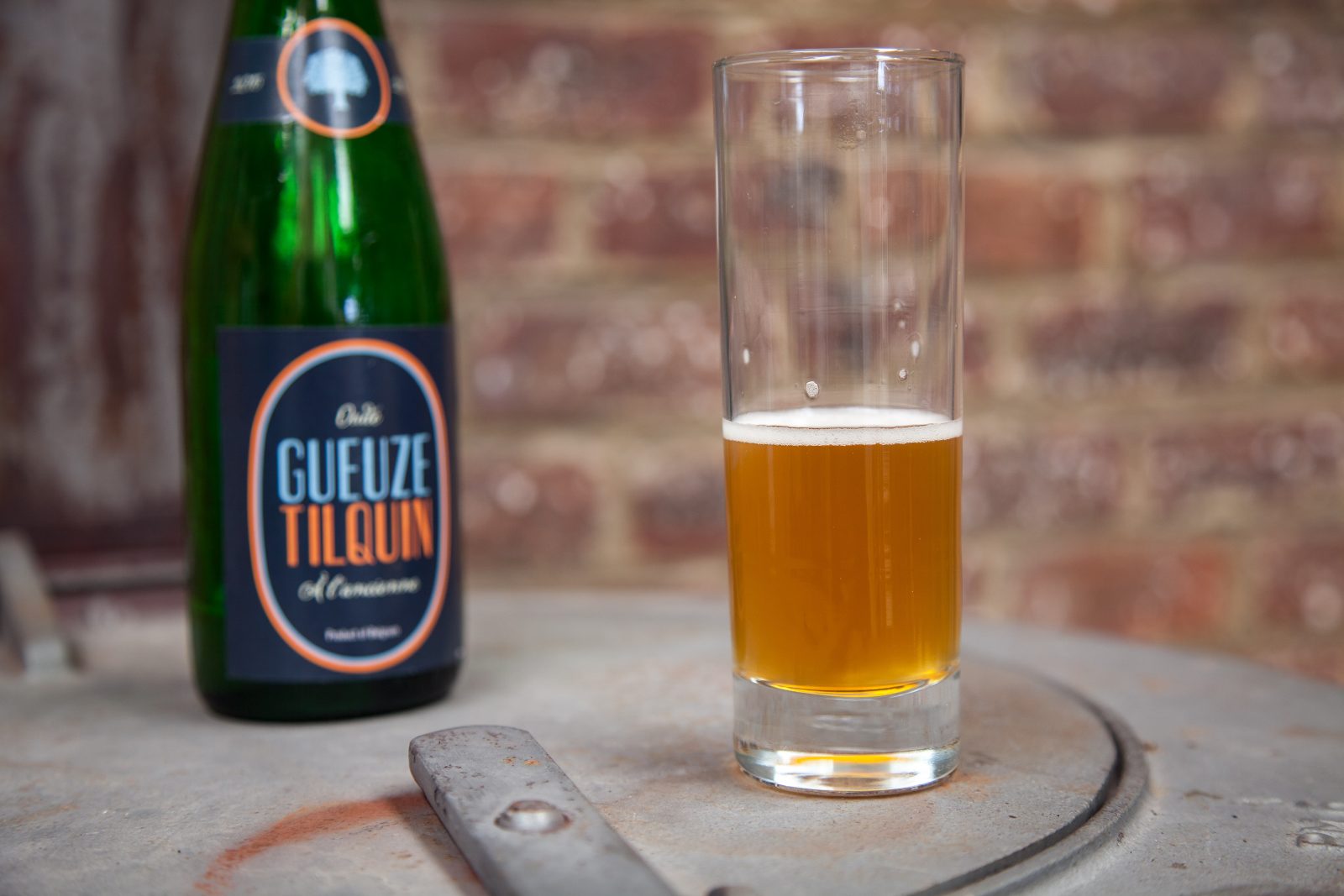 Tilquin is open to the public every Saturday from 10.30am-1pm for bottle sales and a bit of on-site drinking, but there’s no grand bar set-up, just a couple of tables to one side. It’s here that we congregate for a tasting, after a quick look around the barrel room and bottle storage. Pierre warms up to us once our designated driver starts speaking French and two of our number are revealed as (former) mathematicians. That leads us nicely on to the Oude (Gueuze Tilquin)², a happy accident which came about after two over-carbonated bottle runs were put back into the barrels again. The resulting gueuze is stronger at 7.6%, but also softer and subtler than its square root.

Moving on to fruitier fare, we try some of the classy Oude Pinot Noir, a blend of 1,2 and 3 year old lambics with, you guessed it, pinot noir grapes from Alsace which was originally produced for Moeder Lambic’s tenth year anniversary celebration at the tail end of 2016. More is being made, alongside regular releases of Oude Quetsche (plums) and Oude Mûre (blackberries) and a bunch of limited edition trials called “Experimental Fruit Series #1” which will only be available at a few upcoming festivals – check their Facebook page here for more info. To finish, we share out a bottle of Stout Rullquin, a curious collaboration with Brasserie Artisanale de Rulles that is totally different from anything else, and definitely an acquired taste. It’s a dry, roasty, sour stout obtained from a blend of Rulles Brune and 1 year old lambic, aged for 8 months in oak barrels, and refermented in the bottle – a complex beer that’s full of character and well worth tracking down. And with that, it’s time to go. Pierre’s got work to do, and we should probably eat something. There are worse ways to spend a morning.