I first met Glenn, head of barrel management and PR at Brouwerij Alvinne, back in 2016 at The Bottle Shop in Bermondsey. He was marginally late to his own tasting event, but made up for it by sneaking an extra special keg of Cuvée Freddy Framboos in to the country on the grounds that it was for a wedding. A Beer Geek Wedding perhaps? A year later, I made my way over to Zwevegem, an hour or so outside Brussels, to visit Glenn in his natural habitat. As he’s an absolute gent, he picked us up from our B&B (more on that later) and drove us to the brewery a couple of miles away.

Glenn started Brouwerij Alvinne with Davy Spiessens (the elusive brewmaster and manager) back in 2004, and since then the only addition to the team has been Marc DeKeukeleire (the yeast whisperer) in 2009. Marc is solely responsible for the Morpheus yeast strain that he cultivated himself, an all important ingredient that gives Alvinne’s many mixed fermentation sour beers a unique flavour profile. I’m talking serious Flemish sours here – not for the faint hearted. The barrel aged Kerasus (cherry) is much punchier than their lambic cousins in the Pajottenland, and the 11% Sour’ire De Montagne sour quad will test your tart tolerance. It’s not all sour, you should know, but that’s what we were there for. After a few generous pours from the golden taps in their cosy “De Proefloft” space, it was time for a tour, with beers in hand of course. 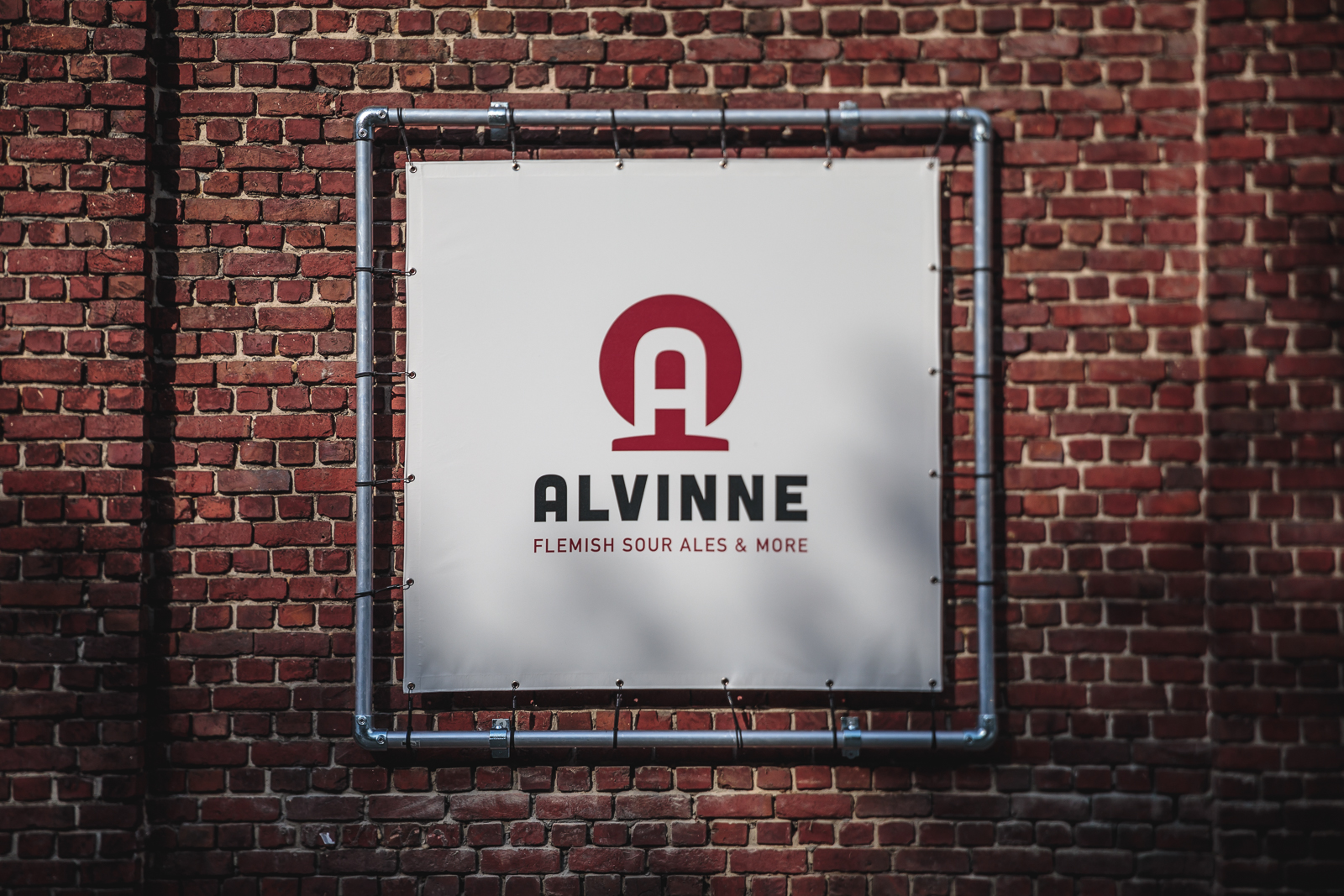 Alongside technical details that usually go in one ear and out the other, Glenn told tales of doomed barrels, superfluous levers, and unexpected matrimony that had us in stitches at several points. The barrel room was a particular highlight, with 100+ red wine barrels and a 75 hectolitre foeder dominating proceedings. It’s here that their stainless steel aged sours, Omega, Phi and Sigma, transform into barrel aged Wild West, Cuvée Sofie and Cuvée Freddy respectively. They also introduce fruit here, from cherries to jostaberries, often foraged by their fair hand. There’s a handy chart on their website here if you want it make sense of it all.

Back at the bar, we worked our way through more of their outstanding range, including a limited edition Wild West Barrel 58 that’s aged in French oak and features a wide range of self harvested fruit. Glenn stayed off the booze in anticipation of a driving lesson with his daughter later that day, but kept plying us with more. Eventually we emerged into the open air, with the disorientation of daylight that reminded me of lengthy windowless Wetherspoons sessions many moons ago.

Glenn kindly delivered us back to our accommodation, the wonderful Passadia B&B that you must use if you are planning on visiting Alvinne, or just happen to be in the area. Glorious sunshine brought us back to life as we mastered the garden game of kubb and made use of the honesty bar, before catching an Anderlecht vs Man Utd game with local fans at Kaffee Tende in town. The next morning, a hearty fry up was greatly appreciated, not least because we had an 11am appointment with a certain Pierre Tilquin. It’s hard, thirsty work, but someone’s got to do it.

Three special Alvinne sours to seek out and devour:

Beer Geek Wedding IV – When their industry friends David (aka Freddy, don’t ask) and Sofie got married, Team Alvinne blended some Cuvée Sofie & Cuvée Freddy together with a bit of Kerasus 2014 (cherry love) to make a special beer 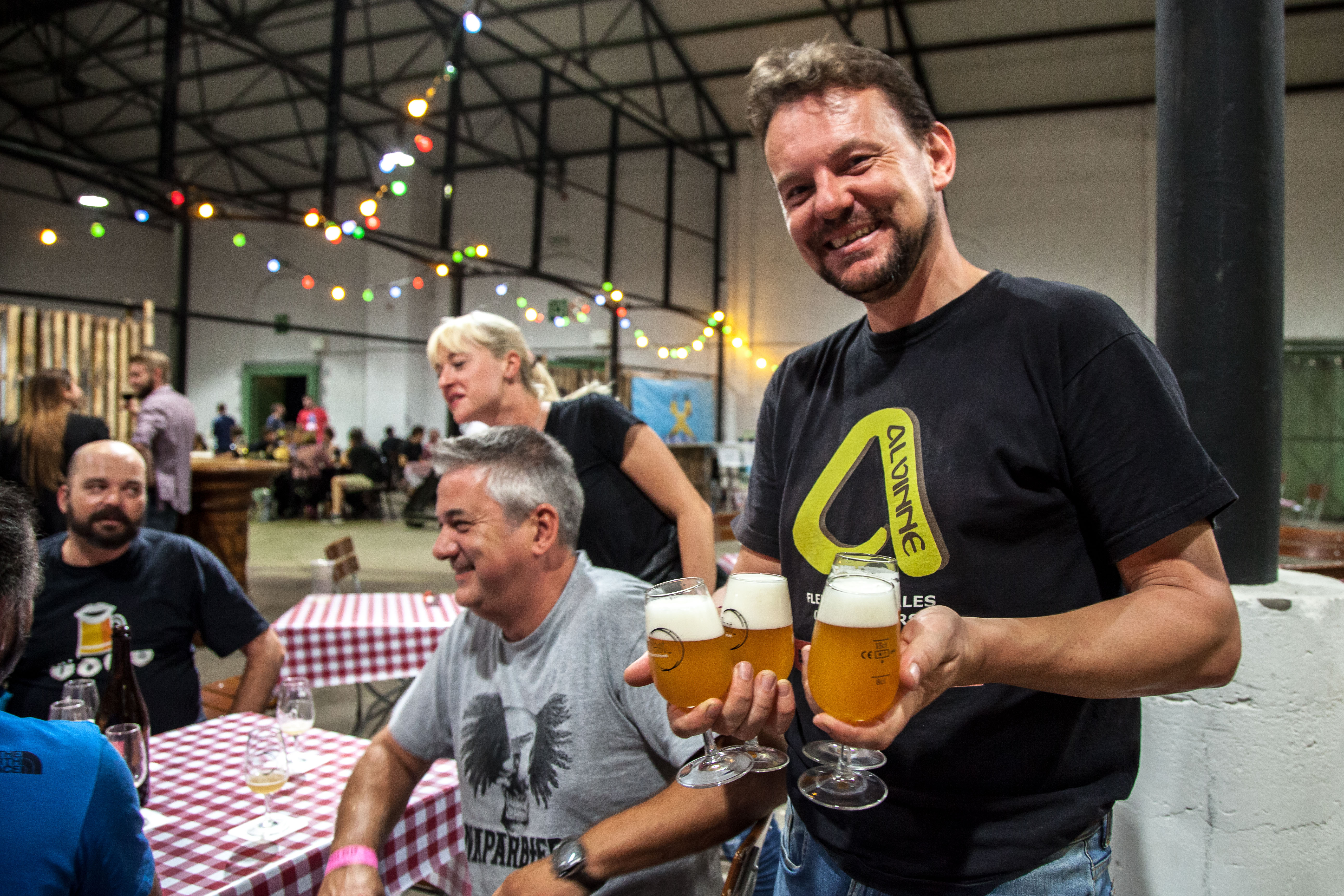 N.B. De Proefloft at Alvinne Brewery is not open every day so check ahead!