Who would have thought a few years ago that people would be flocking to Tottenham on a Saturday for anything other than a football match? Beavertown Brewery kicked it all off, before the likes of Craving Coffee, Five Miles, and more recently The High Cross and The Bluecoats helped to make a trip to N17 genuinely appealing. Another winner is the Pressure Drop Brewing taproom which opened in the Autumn of 2017, just across the way from Beavertown in the Lockwood Industrial Park.

There’s no shortage of taprooms in London, but few that stand out as an inviting place to hangout. And whilst Pressure Drop conforms with the dreaded brewery benches that threaten to buckle under the weight of the average beer drinker (or rather, me), the industrial space is a sight to behold. The production floor is cleared every weekend, colourful bulbs light the room, “Mind your head!” signs hang from mash tuns, and fermenters glow in the background.  One often gets to sit amongst the equipment, but rarely like this. And then there’s the beer of course – twelve taps of the good stuff from the balanced Bosko IPA to Wu Gang Chops The Tree, their foraged herb hefeweisse. You can’t leave without drinking fresh Pale Fire, their flagship amarillo and mosaic pale ale that never disappoints. Factor in the street food truck parked outside, and your Saturday is pretty much sorted! Unless, that is, you fancy heading over to Hackney Central to check out The Experiment, their collaborative taproom with Verdant in the original Pressure Drop brewery site.

Check ahead for opening times

Not that you need an excuse, but why not head to the Pressure Drop Taproom on Saturday September 22nd for their 1st Anniversary party? I’ll see you there. 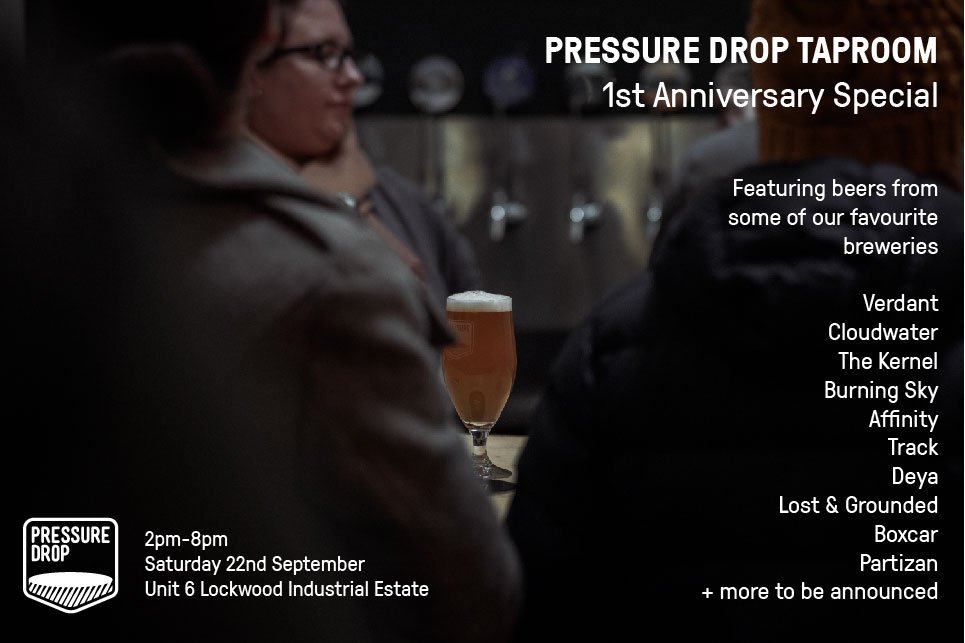