A lot of my travel adventures never see the light of day, which is a great shame! This year, I’m going to try to salvage a few of them, even if it’s just to get the photos up on the site. After a few days in Baltimore and Washington DC back in 2016, my good friend Katie drove me back to New York via Delaware and Pennsylvania. Why Delaware? Three words. Dog. Fish. Head. Well, two actually.

Dogfish Head brewery was opened by Sam Calagione back in 1995, and has made great strides since then. They now make more beer in one day than they did in the first three years, and they’ve expanded to have a huge facility and tasting room in Milton, a seafood restaurant and an inn in Rehoboth, and three alehouses across Maryland and Virginia at the time of writing. Not too shabby for a brewery that produces beers with an average ABV of 9%. Dogfish Head Brewery started as a brewpub in the seaside town of Rehoboth, where Sam created experimental brews on a tiny kit and even began distilling after a few years too. That space eventually became Dogfish Head Brewing & Eats which is still open today. 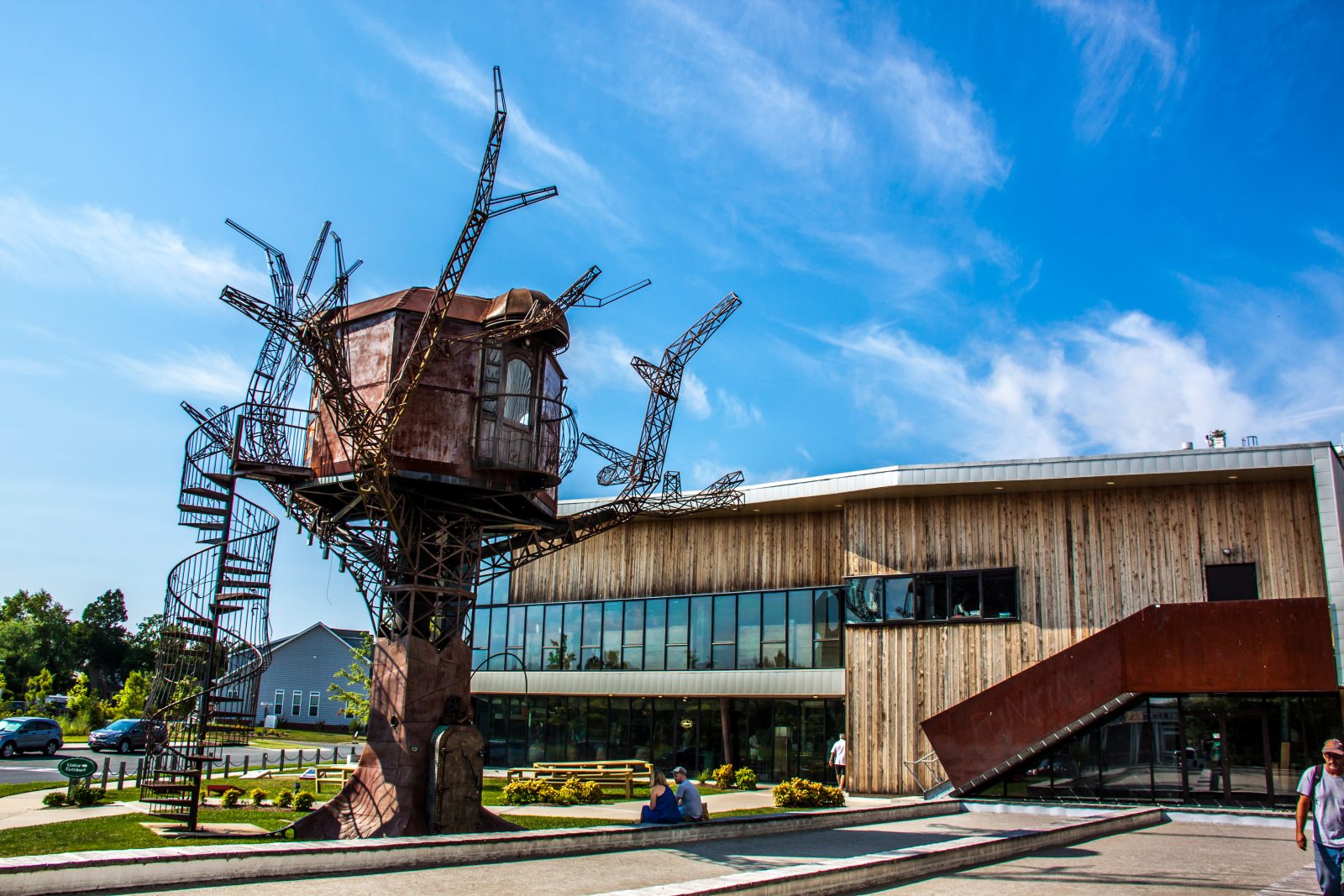 Short on time, we only made it to their Milton site (pictured above – note the Steampunk Treehouse!) . Tour guide Margaret was on top form, regaling us with stories from their early days (making accidental cherry sours), explaining the continual hopping process behind their flagship 90 Minute IPA (using Sir Hops A Lot), and walking us past the Oo Me So Hoppy dry-hop machine and their imposing 10,000 gallon Paraguyuan Palo Santo barrels.

Post-tour, we settled down in their impressive tasting room and worked our way through several beers from their 27 taps. The standout was the Alternate Takes #2, a batch of their Raison D’Etre that was end-fermented in a tank with Belgian Abbey yeast and subsequently aged in red wine barrels with Syrah grape must & brett. With Katie keen to complete her designated driver duties, we filled up a growler with Festina Pêche, and powered on to Fishtown, Philadelphia. We eventually enjoyed Dogfish Head’s tart, peach berliner weisse a couple of days later on a Rhode Island rooftop at sunset with the Newport folk festival in full swing across the harbor. Good times all round. Totally worth going to Delaware.

Three cocktails from "Good Things To Drink with Mr.Lyan & Friends"