After a beer-fuelled weekend at BXL Beerfest, I obviously went into full detox mode. But, you can’t really visit Brussels without going to Cantillon and Moeder Lambic – so it began on Tuesday instead. Well, except that I went to Brussels Beer Project after breakfast, and ended the night in La Robe et La Mousse in Paris. Alright, there was no detox. But to be fair, I didn’t drink one drop of beer whilst Dimitri showed me around the impressive Brussels Beer Project brewhouse and taproom near Place Sainte-Catherine. In fact, I’ve somehow never made it there when it’s been open, and instead have only ever sampled their bottles from neighbouring bars and restaurants such as Café Walvis, De Markten and La Belle Équipe.

Brussels Beer Project came into existence in 2013 with the aim of breathing new life into a very traditional beer scene by brewing bold collaborative beers and by including the community. Their core range, which is contract brewed at Bier Anders, is added to once a year, usually after a public selection process involving several prototypes. Their flagship Delta IPA (which beat Alpha, Beta & Gamma) was the first to make the cut, before the likes of Red My Lips (a Session IPA) and Grosse Bertha (a Belgian Hefeweizen) joined the ranks. Babylone, a “bread bitter” that’s brewed with recycled bread and dry-hopped with Chinook, has since inspired Toast Ale to be brewed in London by like-minded individuals keen on cutting out food waste.

They opened their own brewery and taproom at 188 Rue Antoine Dansaert in central Brussels in 2015, giving them space to showcase seasonal beers, experiments, tap room exclusives and so on. A double chocolate salted caramel imperial stout collaboration with Laugar called Night Drift was being bottled as we walked around, and fresh bottles of Juice Junkie, a NE IPA collab with Weird Beard, lined the shelves in the bar. Cans are a notable absence, partly due to the cost of a canning line, but also because nowhere has a stronger attachment to bottled beer than Belgium – I wouldn’t be surprised if Brussels Beer Project were the first to break the mould though. But you might as well skip cans and bottles entirely and come and drink their delicious beer straight from the taps and alongside the tanks when the bar is open (currently Thursday-Saturday). Or if you are on the other side of the world, you might find it easier to visit their second taproom in Tokyo!

And if you want to see how they throw a party, get yourself some tickets for Wanderlust, their 2nd Anniversary celebration on 20th & 21st October (2017) that will feature 15+ breweries from nine countries. Wild Beer Co, Laugar, Borg Brugghús, Beavertown, Beerbliotek and Verzet have already been confirmed, with more to follow. Keep your eyes on their Facebook event page here for the latest info. 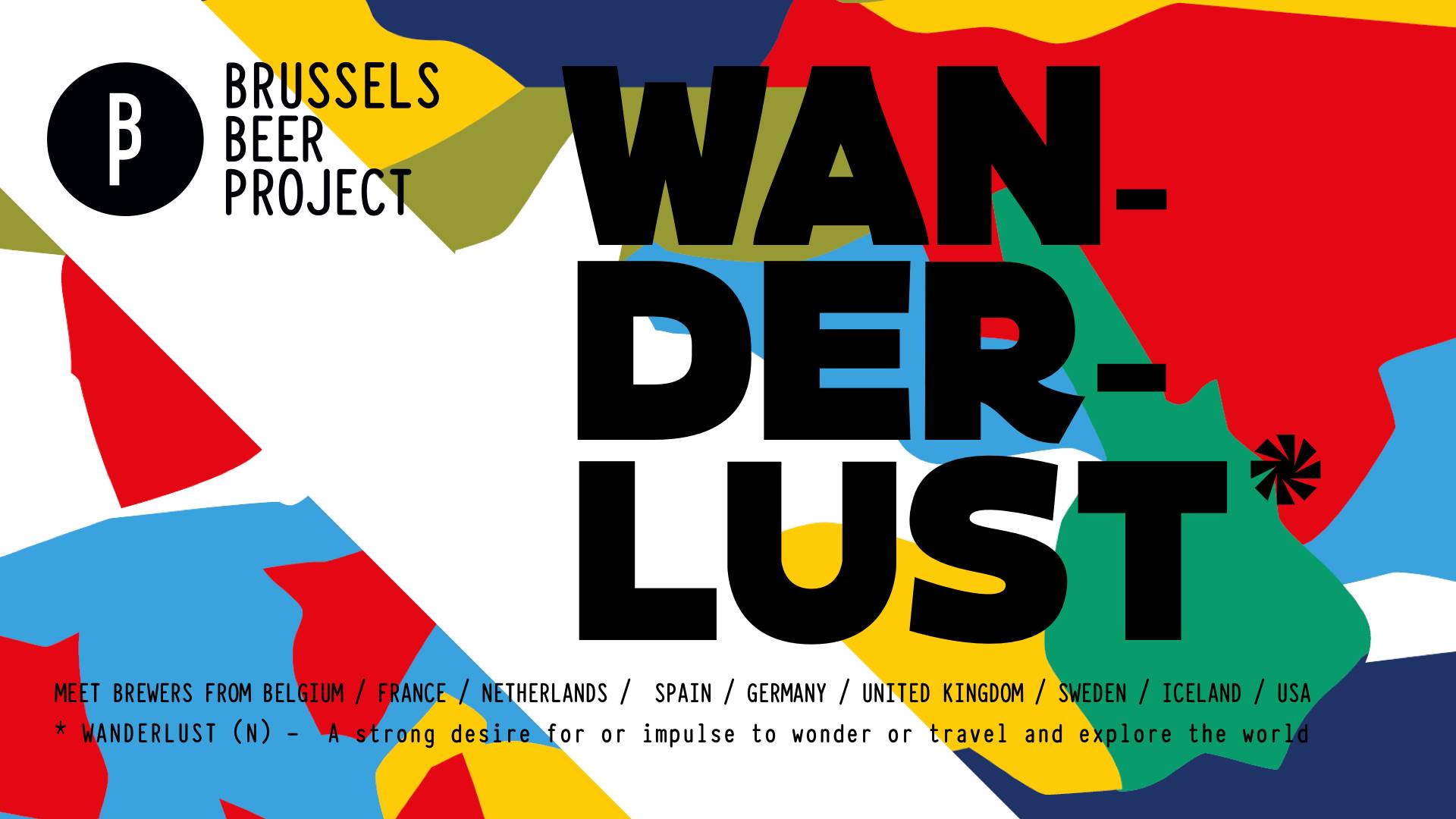 Thanks to Dimitri for showing me round at short notice at 10am on a Tuesday. The taproom is currently open Thu-Sat but you may be able to arrange a private tasting for 15+ people by emailing them at keepintouch@beerproject.be