London Cocktail Week never fails to take me by surprise after the summer. There I am, clinging on to September, and BAM! – it’s Not Sober October. #LCW17 was the biggest and best yet, with 250+ bars across the capital offering up £6 unique serves throughout the week, a tonne of exciting popups, bar takeovers and events, and at the centre of it all – the magnificent Cocktail Village in Old Spitalfields Market. Whilst I didn’t make it out every day, I did my best to make up for it with trademark MTL efficiency. Scroll down to see how I got on… 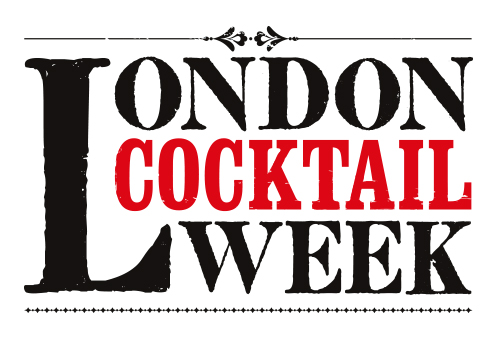 Tuesday – Much like the year before, I kicked off my #LCW17 a day late, and it was straight to the Cocktail Village in Spitalfields to get a feel for things. What was new? Well, everything was bigger – the temporary bars were much grander, there were more immersive experiences, and drinks were more Instagram-friendly than ever. But fundamentally, it was still a busy maze of boozy stalls that you could get lost in for hours.

After a cheeky Patron Margarita loosener and a Black Olive Aperitivo catch up with Rich Woods at Martini’s Caffe Torino, I did a couple of laps to get my bearings. I wasn’t quite sure where to look at the Kyrö Distillery Company Sauna Bar where clothes were optional, so I took myself over to the Mr Black Spirits stand for an Espresso Martini paired with a Crosstown Doughnut. Continuing the theme, I grabbed a Nitro Espresso Martini from the Ketel One bar, before heading upstairs (yep, they had more than one floor) for an excellent Ketel One Espresso Martini masterclass. Have I said Espresso Martini enough times? I think so. For now.

In need of fresh air, I escaped the market and walked up the road to Dewars Whisky’s Scotch Egg Club Emporium at TT Liquor. The Scotch Egg Club was a big hit at the Cocktail Village in 2016, so it was great to see it expand this year, especially as TT Liquor was still on my bar hit-list. It’s a beautiful space set over several floors that I really need to return to fully explore when it’s not in scotch egg mode. Anyway, there were enticing Dewars vapours on the way in, ridiculous chicken bingo upstairs, candlelit cocktails in the basement and more. Perhaps they should stick around for more than a week?

Seeing as I was already far from home, I decided to speedily tick off two more bars from my to-do list – Three Sheets and Untitled. Return visits are needed for both, but it was worth seeing them in full swing during #LCW17. Three Sheets was absolutely rammed as they were hosting an Employees Only takeover that night which had attracted most of the industry. I found more space in Tony Corigliano’s striking Untitled bar, and enjoyed some risqué cocktails with the Highball Hoodooist himself.

Wednesday – My feet were very grateful to Dewars Whisky & The Clove Club for putting on a magnificent dinner on Day 3, or as Dewars Brand Ambassador Georgie Bell put it, “An excuse to sit down and take a break in the middle of #LCW17” – and what an excuse. After some canapés and welcome cocktails from Ryan “Mr.Lyan” Chetiyawardana and The Clove Club’s bar manager Rob Simpson, we worked our way through several exquisite courses paired with oustanding booze by Rob, ending with drams of the limited edition Craigellachie 21 year old. And I’m not having you on when I say that the caramel ice cream with warm potato mousse and coffee was the standout dish of the night. Continuing the Mr.Lyan theme, I wandered over to Super Lyan, a basement boozer beneath his new venture Cub for a Brumble Slushie made with Bacardi Oro, lemon thyme, and “purple sizzurp”.

Friday – Day 5 started at Matt Whiley’s Scout which was also home to Singapore’s Operation Dagger team for most of the week. On Friday however, they had a special “Like Minded Creatures” menu, featuring inventive drinks from Matt, Luke Whearty, and Alex Kratena. My favourite drink though was Scout’s #LCW17 serve, a long drink that featured roasted Jersualem artichoke, malt, coffee soda, and gin – it shouldn’t have worked, but it was wonderful.

Moving on, it was time for another run around the Cocktail Village. We kicked things off in style at Fever-Tree’s #MixInTheDark experience, an escape room of sorts made up of mini games aimed at showcasing their new mixers to be used with dark spirits – a Smoky Ginger Ale and a Spiced Orange Ginger Ale. We were pretty happy with our time of 1 min 26, but it wasn’t good enough for top spot unfortunately. We drowned our sorrows with more espresso martinis, negronis and palomas, before dropping in to Blixen next door for the tail end of a Our/London Vodka session that looked like a lot of fun!

To finish the night, we made our way over to the Napoleon Hotel for a Talisker treat at Black Rock and all the Suze-based drinks at the marvellously green Devil’s Darling – I bloody love the lighting there, if you hadn’t noticed.  Two of our favourite Parisian bartenders, Hyacinthe Lescoët (Les Grands Verres) and Aurélie Panhelleux (Copperbay) were behind the stick and slinging out classy cocktails.

Saturday – The final day for me started with a dangerously drinkable St.Germain Des Pres and some non-alcoholic (what?) Cucumber Comrades at the Hendrick’s Air Departure Lounge. Whilst it wasn’t up there with their 2016 Institute of Dreams popup, it was a welcome bit of fun with costumed bartenders, character actors and more at The Golden Pineapple in Shoreditch. We then returned to the Cocktail Village to tie up some loose ends – a Bulleit 10 Old Fashioned making session, and the talk of the village, the Havana Club black box. Havana drew the crowds with a mysterious room and limited spaces – once inside, you rotated round various bar stations trying out different flavours to explore the versatility of the rum. Blacktail NYC were in charge of it on Saturday, which was a bit of a bonus. Just outside the Cocktail Village, we visited the Regal Rogue popup at Blixen to taste our way through their vermouths.

And last but not least, we soldiered on to Tequila & Mezcal Fest at the Old Truman Brewery. There was a fantastic agave-fuelled atmosphere inside, giving us a second wind as we tasted our way around the room. We tried numerous next level mezcals, tequilas, sotols and more; soaked up the live music and dancing; devoured outstanding goat tacos from Temper; and washed it all down with some smoky margaritas. Keep an eye out for Tequila & Mezcal Fest next year, and lock in #LCW18 dates when they  are announced – it’ll be here before you know it!

Two cocktails from Fever-Tree’s “The Art of Mixing”