I often talk myself out of writing about somewhere on lousy grounds. Can’t remember the brewer’s name; not enough photos; wasn’t listening, et cetera. In retrospect, I should have just got on with it at the time, but here we are. This belated article is a better-late-than-never round-up of some wonderful breweries that we visited in and around Portland, Maine, in the summer of 2016. Shall I go in order? Let’s go in order.

After a couple of days in Boston spent drinking fresh Trillium, Mystic and Night Shift, we drove on towards Portland via Rockport and Portsmouth, skipping out the likes of Clown Shoes (MA) and Smuttynose Brewery (NH). But no sooner had we crossed the border into Maine, than we made a stop at Tributary Brewing run by legendary brewer Tod Mott, creator of the original recipe of the highly acclaimed Harpoon IPA. With a lot of ground still to cover, this was just a flying visit for, well, a flight, featuring their Oyster Stout and Biere de Miel amongst others. The brewery is still young (est. 2014) but it has a bright future – check out their smart taproom if you find yourself in Kittery. 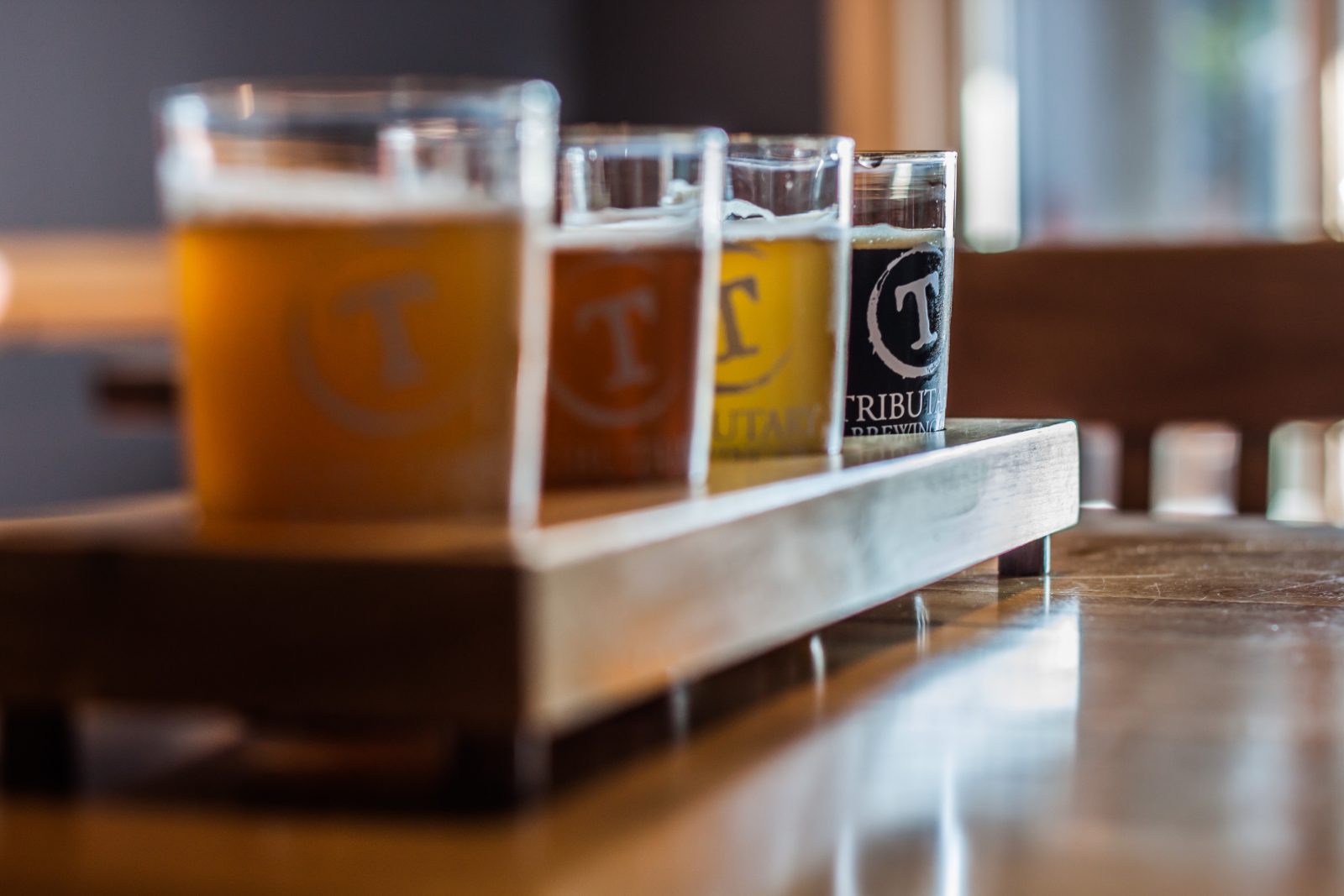 Our next stop was something I had been looking forward to since I started planning the road trip – Funky Bow Brewery. Tucked away in the woods of Lyman outside Portland, on a 25-acre organic farm, lies Funky Bow – a family and dog friendly brewery that throws a pizza party with live bands every Friday, Saturday and Sunday. Trusting Google Maps, we followed a dirt road (or Ledgewood Lane) up to their secluded farmhouse, parked the car, and settled in for sunset with some Jam Session IPAs, G-String Pale Ales, and Midnight Special Coffee Porters. The atmosphere was infectious, but we needed to move on after a couple of beers (and some slices), not least because our designated driver was ready to play catch up. Make sure you drop in if you are nearby! We pushed on to Portland, checked in to our Airbnb, and spent the rest of the evening at Novare Res Bier Café, a legendary watering hole with 25 taps and plenty more in the fridge.

Saturday was reserved for Portland exploration and a spot of brewery hopping. We strolled down Exchange Street past coffee (Bard) and sweet treats (The Holy Donut), before nabbing some sought after brunch seats at the excellent Central Provisions. After a fantastic feed and a quick potter around the harbor, we jumped in an Uber to Industrial Way, or rather IndustriALE Way, where a bunch of breweries are huddled together.

We started with the mighty Allagash Brewing Company and their exquisite Belgian-inspired bottle conditioned beers. Most Americans are familiar with their wheat beer, Allagash White, but that’s just one of nine year round releases that also includes Curieux (a Bourbon barrel-aged tripel) and Sixteen Counties (brewed with all Maine-grown grains). Then there are lots of exciting limited releases, plus their spontaneously fermented Coolship brews, akin to lambic, which are aged in French oak before being blended and bottled. Allagash is open seven days a week, with free tours every day, and generous tasting flights (for which they have recently started charging a small amount) on offer. It’s not a taproom per se, but you can buy two sample pours in addition to the tasting flight, and there’s a well stocked retail shop for takeaways. We may have had a top up or seven, as we lost a few hours on that patio.

Just round the corner, at One Industrial Way, are three more breweries (at the time of writing) – Foundation, Austin St, and Battery Steele (which opened since our trip). One Industrial Way is a brewery incubator of sorts that housed Maine Beer Co, Rising Tide, and Bissell Bros before they moved on to bigger and better things. But it’s also a great location in itself, especially with Allagash as a neighbour, so the current tenants may not be in a rush to leave! We enjoyed tasters at Austin Street Brewery, before setting up camp at Foundation Brewing Company until closing, with competitive cornhole and several pours of their delicious Zuurzing sour farmhouse ale for company. Audacious plans to move on to the Bissell Bros, Liquid Riot and Oxbow Blending and Bottling disappeared with the evening, but we did grab a few more craft beers and much needed Sicilian sustenance at Slab.

On Sunday, after a bloody marvellous brunch at Terlingua, we drove off to Acadia National Park for a detox (by our standards, at least). We spent 24 magical hours discovering the many delights of Acadia which you can read about in full here. Of course, there is a brewery inside the park (well done, Maine) called Atlantic Brewing Company who have a tasting room in Bar Harbor and a barbecue joint in Town Hill. We were a little busy with sexy sunrises and the like – see road trip teammate Maggie’s beautiful shot from Cadillac Mountain below. 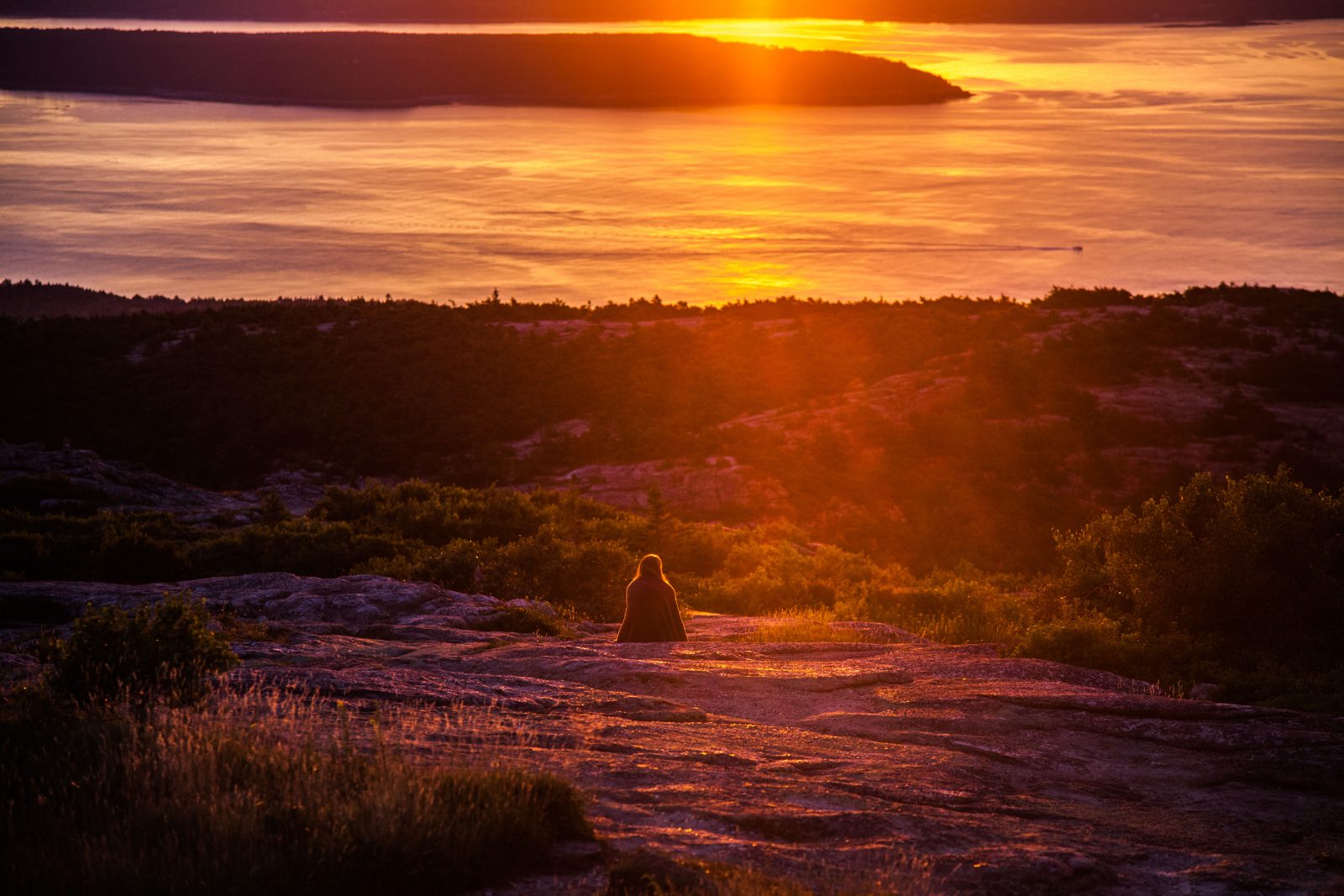 Monday, our final day in Maine, was mostly spent in Acadia, but we headed back to Portland in the late afternoon with one more brewery in our sights. After three hours of driving through torrential rain (nice work, Tim), the clouds parted as we arrived at the aforementioned Maine Beer Co, an outstanding brewery in Freeport that has come a long way since two brothers went door to door in Portland with a cooler of their home-brewed Peeper ale. They expanded to a site in One Industrial Way for a few years, before finally opening their own brewery in Freeport in 2013.

The lovely “Lunch” IPA appeared regularly on our road trip, but it was great to have it alongside seven more brews in a serious “All-In” flight from their futuristic taproom. Once again, we paired our beers with pizza from the street food oven out front. Unfortunately, we didn’t time it quite right for a release of their delicious “Dinner” DIPA, but there’s always next time! They don’t currently offer tours at Maine Beer Co, but the tasting room is open seven days a week and you can get a close-up view of the brewery operations through the revealing glass windows.

Four days in Maine well spent, and yet there’s so much still to do, I can’t wait to go back. The only problem is, I’d probably do all of the above again first, so it’s just going to have to be a longer trip, isn’t it? Rather helpfully, the Bissell Bros did at least pay a visit to The Hop Locker in London earlier this year – see the photos from that boozy evening here. Time to start planning another stateside trip I reckon – who’s with me? 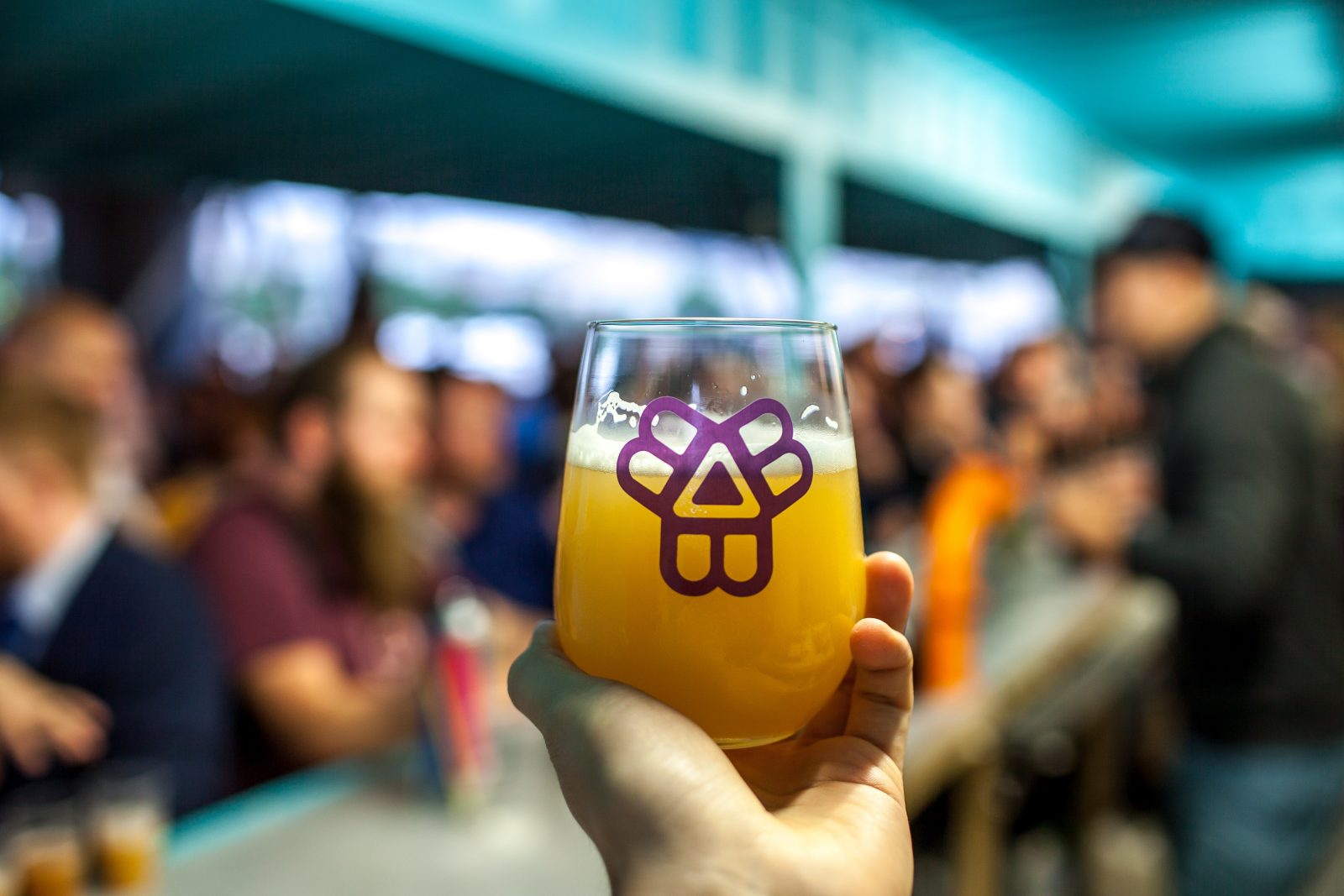 N.B. All the photos above were either taken by me or road trip teammate Maggie Gray. Hover over the photos for more details.